On Oct 21 we sad goodbye to Cecilia and her family in Lima and flew to Guayaquil, Ecuador. Our AirBnB was located right next to the Wyndham Hotel and along the Malecon. We landed in the late afternoon and explored the area a bit before Barry and Susan arrived!

On Oct 22 we started our morning by hiking up 444 steps to the lighthouse at the top of the hill. Even though the weather was humid and it was a bit cloudy, the views were still beautiful.

After our hike up to the lighthouse, we walked along the Malecon. We were blown away by how beautiful, clean, and safe the Malecon was. There was a park along the Malecon that separated the noisy street from the boardwalk as well as a many playgrounds and merry-go-rounds. 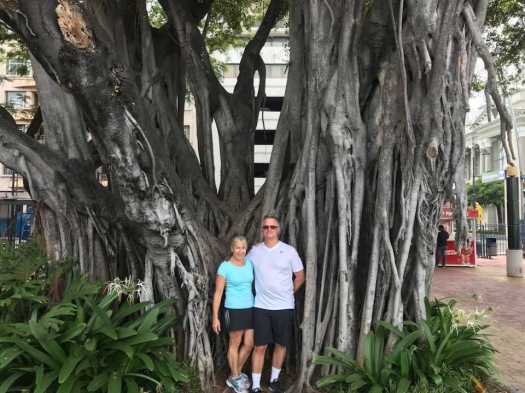 We walked for a few hours, had some delicious paella for lunch, and spent the rest of the day lounging by the pool at our AirBnB.

We went to dinner at a nearby restaurant that had a TV where we could watched the Patriots game. We had some local beers, watched the game, and went to bed early to get some sleep before flying to The Galapagos!! 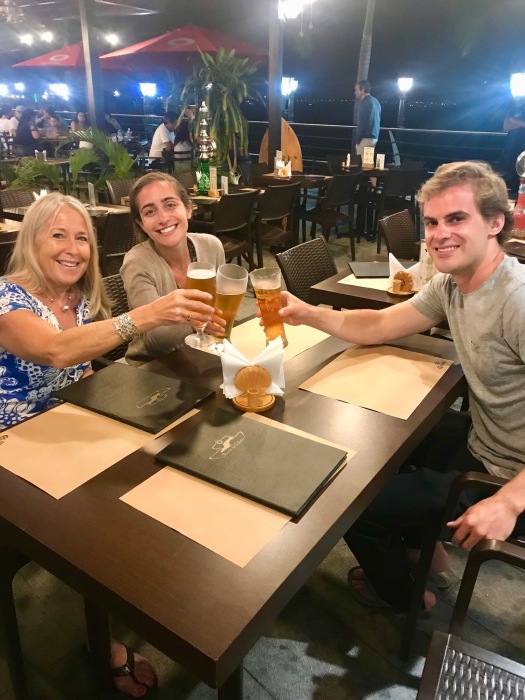